Steampunk is a sub-genre of science fiction or science fantasy, but it can also be thought of as a sub-culture of society, characterised by costumes and music. It is sometimes said to be a spin-off of the cyberpunk genre - typified in neo-noir films such as Blade Runner, Robocop, 12 Monkeys, Brazil, The Fifth Element and – my favourite – Dark City. But, unlike cyberpunk, which deals with futuristic, dystopian science fiction, steampunk is inspired by 19th century steam-powered technology. 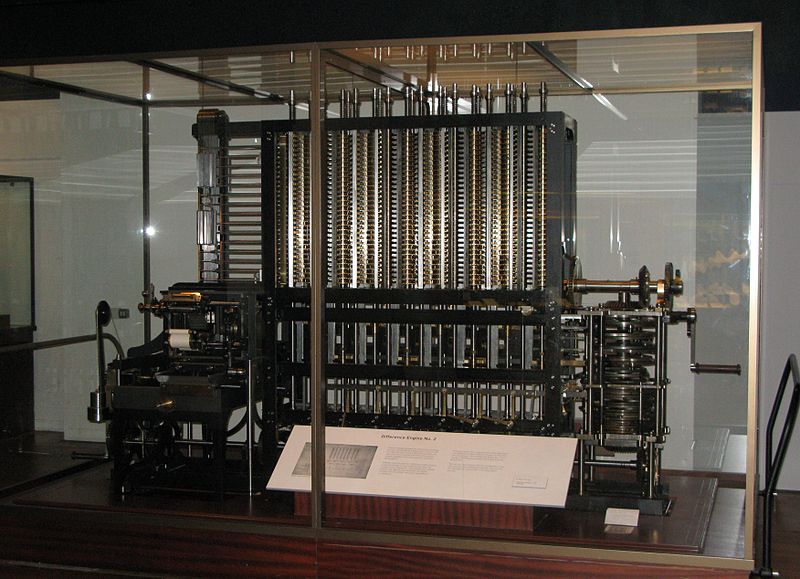 A novel that is considered by some to be the 'type-marker' for steampunk is The Difference Engine (1990) by William Gibson and Bruce Sterling. This takes as its premise that Charles Babbage succeeded in his ambition to build an advanced mechanical computer (his Analytical Engine), based on his earlier Difference Engine. The novel explores an alternative future where an information technology revolution takes place in the mid-1800s long before the emergence of the technology of electronics. Vast warehouse-sized computers filled with spinning wheels and gears are used for many purposes – including designing super-efficient steam-powered vehicles, and providing a social database used by the police and government agencies. John Keats – a romantic poet in our world – has had his creative talent re-directed towards computer programming, which is known as clacking in the world of the Difference Engine. (The term 'clacking' was also used, later, by Terry Pratchett in his Discworld novel, Going Postal; which features an Internet-style digital packet-based comms network based on semaphore towers and clockwork).

"Behind the glass loomed a vast hall of towering Engines – so many that at first Mallory thought the walls must surely be lined with mirrors, like a fancy ballroom. It was like some carnival deception, meant to trick the eye – the giant identical Engines, clock-like constructions of intricately interlocking brass, big as rail cars set on end, each on its foot-thick padded blocks. The whitewashed ceiling, thirty foot overhead, was alive with spinning pulley-belts, the lesser gears drawing power from tremendous spoked flywheels on socketed iron columns. White-coated clackers, dwarfed by their machines, paced the spotless aisles. Their hair was swaddled in wrinkled white berets, their mouths and noses hidden behind white gauze." ...from The Difference Engine 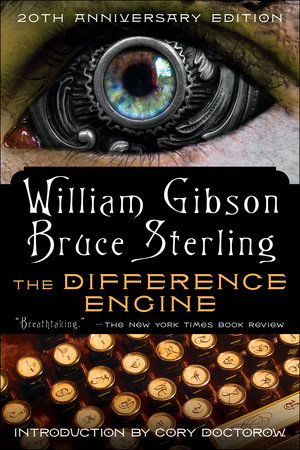 Steampunk literature has since appropriated novels that preceded that Gibson & Stirling type-marker. The Time Machine (1895), The War of The Worlds, (1897) and The First Men in the Moon (1901) – all by H.G. Wells– contain elements of steampunk, as does Jules Verne's Twenty Thousand Leagues Under the Sea(1870). Modern steampunk literature is of a variable standard - the ease of self-publishing has meant that some truly awful fiction has been published! Steampunk-based themes (rather than steampunk's counterfactual history itself) has found its way into the cinema, although most films could probably be classified as "sci-fi with gadgets" or cyberpunk/neo-noir rather than actual steampunk. The City of Lost Children (dir. Marc Caro and Jean-Pierre Jeunet, 1995) and Hugo (dir. Martin Scorsese, 2011) both contain some steampunk-styled imagery.

Steampunk now encompasses a timescale ranging from the Industrial Revolution to Edwardian times. The terms anachronistic technology and retro-futuristic invention are used to describe its perspective of the future, as people in the 19th century might have envisioned it. 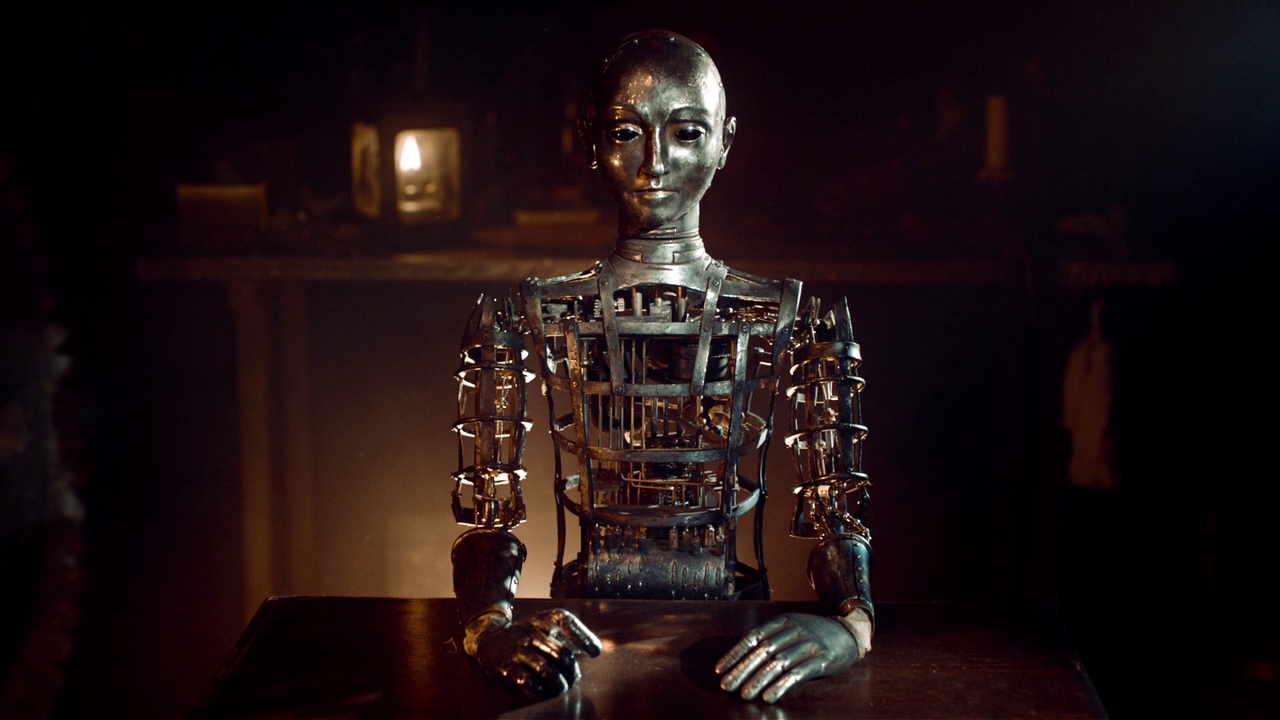 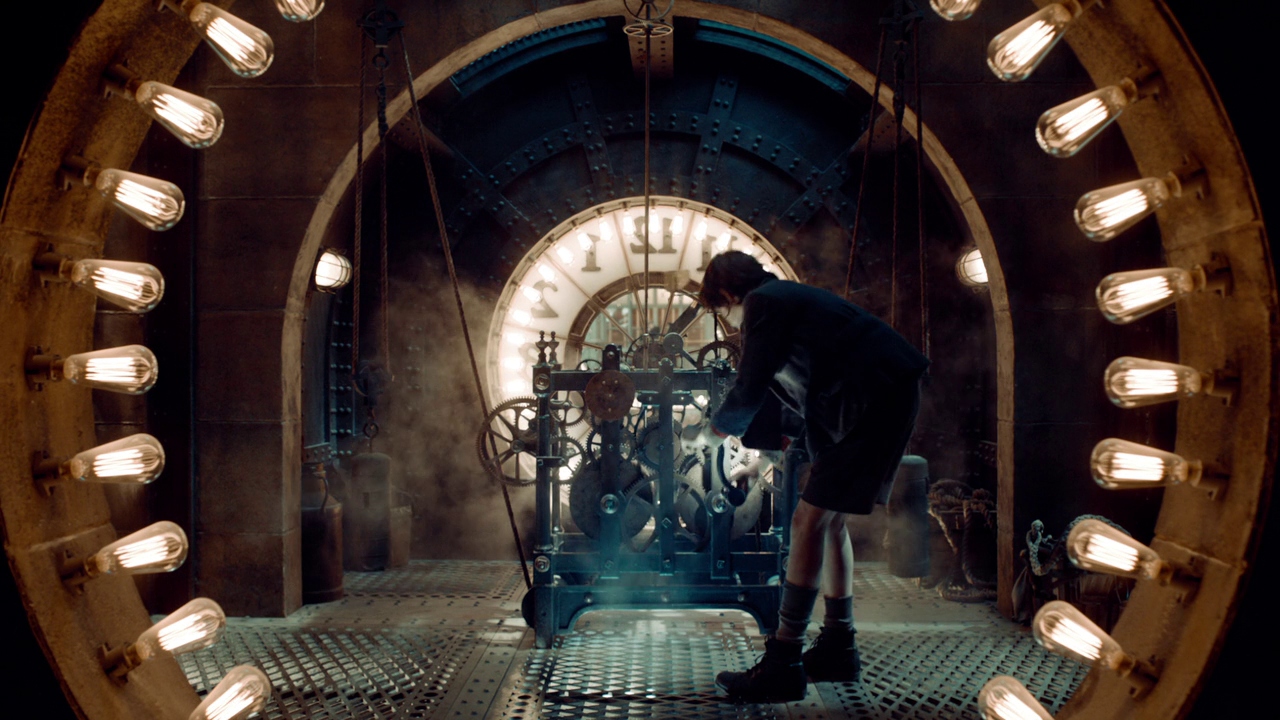 The steampunk sub-culture encompasses artistic styles and clothing fashions. Protagonists enjoy dressing up and, for a large part, making their own costumes and 'modding' objects to represent fictional tools and machines. Present-day objects may be modded to represent a 19th century version; thus a working laptop computer may be placed into a mahogany case, and given a brass keyboard. In similar fashion, Doctor Who once had to make use of an older (Victorian age) Secondary TARDIS Console Room, featuring oak panelling. Modding can also create gadgets – an LED glued to the base of a thermionic valve (vacuum tube) creates a strange glowing artifact (See Verne Industries; also see the Hypnotron). The 'time belt' watch, shown below, is a commercial product costing upwards of US$ 10,000; and there is a lot of steampunk 'art' for sale – some quite pricey. Datamancer's Telegraph Mouse is available for US$ 1000. 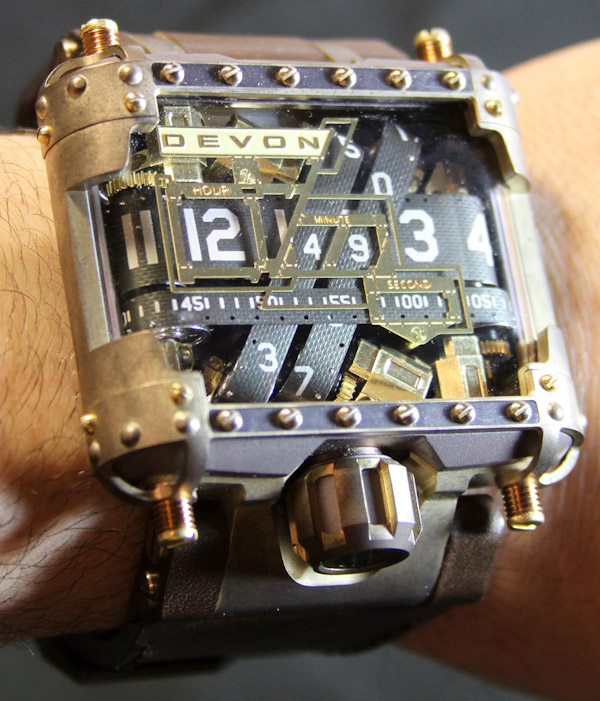 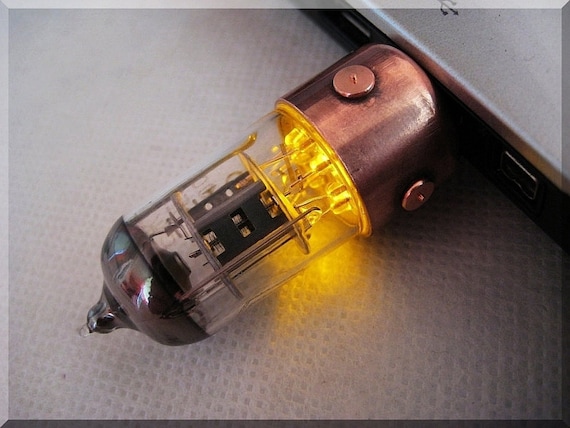 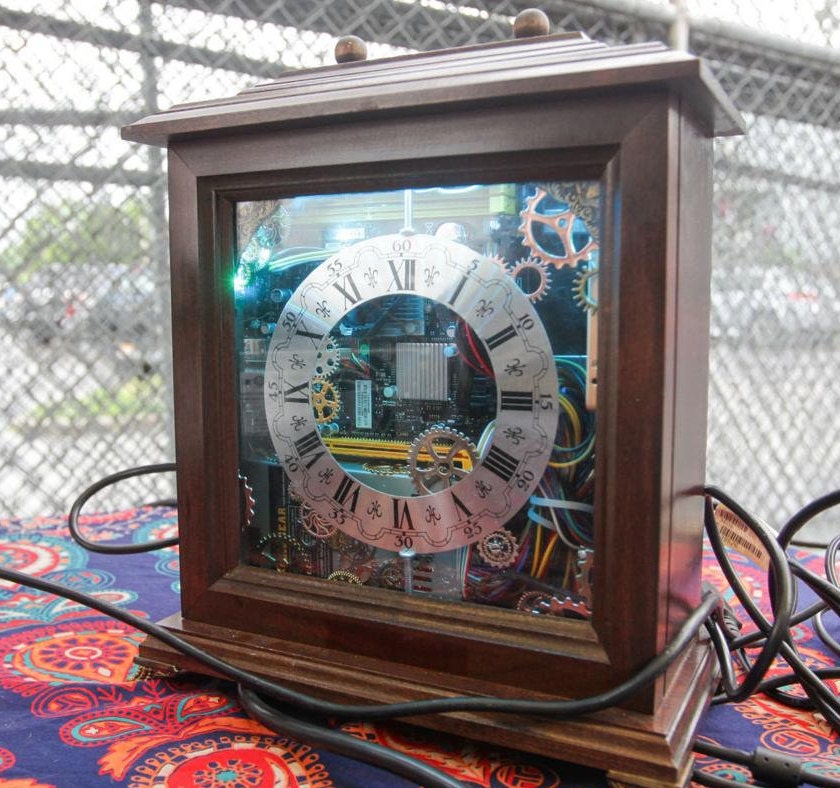 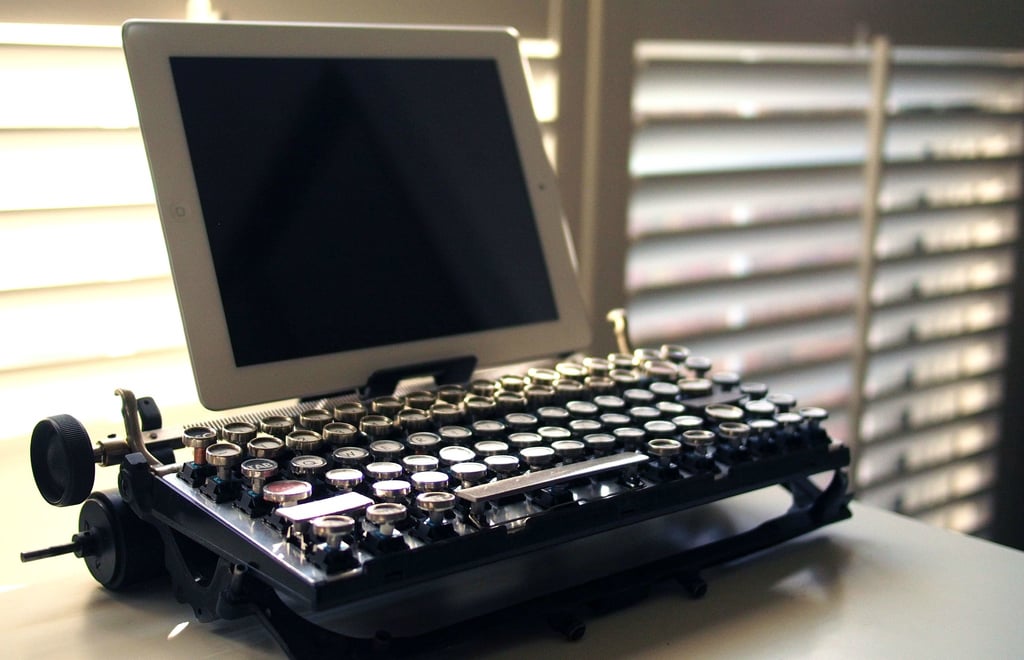 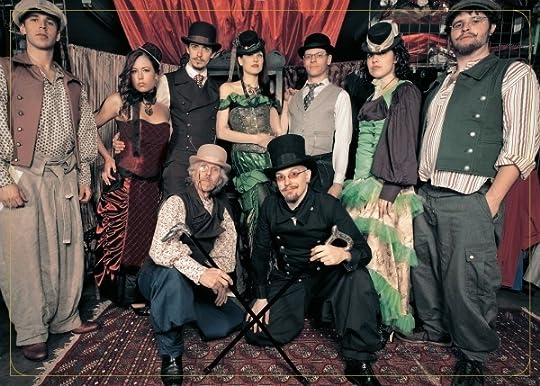 The steampunk sub-culture encourages costumes, which can start with a simple starter kit of top-hat adorned with a pheasant feather and welder's goggles; progressing to quite complex outfits. Whereas sci-fi fans attending a convention may decide to dress as Darth Vader, Captain Kirk, or Chmeee, steampunk artisans tend to favour a generic approach, with an emphasis on individual creativity. Commentators (e.g. the Steampunk Bible) have identified a number of styles, which can include the Aesthete, the Explorer, the Tinker and (as I term it) the Prole. The Aesthete is the dandy in a Victorian or Edwardian suit, with a top hat, cane, pince-nez or monocle, and waxed moustache. Spats are essential. Ladies might wear high-button boots, bodices, corsets, lacy gloves. The Explorer might wear flying gear (including goggles of course) and is equipped for travelling to unknown regions. He may have a pith helmet and present an 'empire' appearance; he may even be wearing a utilitarian leather bodice or corset. The Tinker will, more likely than not, be wearing welder's goggles, perhaps with a leather apron or lab coat, and other functional items featuring plenty of pockets. The Prole may be a ragged Victorian street urchin, adopting punk-like styles from the present era; or may be an Edwardian working person in a flat cap, woollen jumper and an old stained waistcoat. Kilts are also popular amongst aesthetes and explorers.

Whatever style of dress you adopt, you will be carrying your futuristic gadgets, ray gun, soul detector; or perhaps you have borrowed Doctor Who's sonic screwdriver? Steampunk also appropriates items from fiction, so an explorer may be wearing a flying belt (Ringworld) or carrying a stepper box (The Long Earth) or have a spinner strapped to his back (Discworld: The Thief of Time) or be carrying a symbol reader inside an old tobacco tin (His Dark Materials: Northern LIghts). Mechanical watches, and jewellery adorned with cogs are also de rigeur. 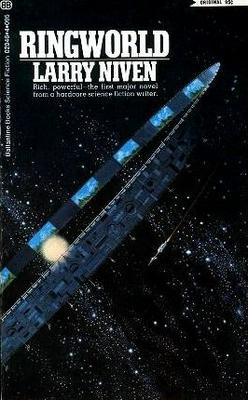 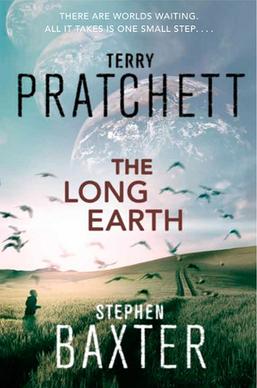 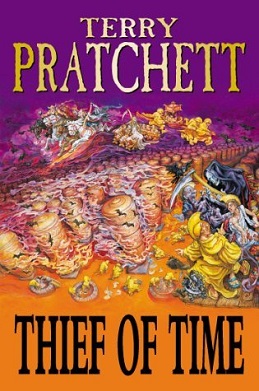 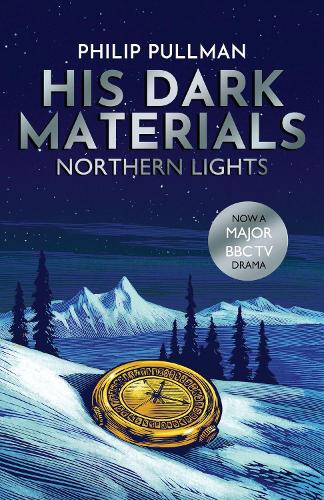 Science historians sometimes use a type of thought-experiment called a counterfactual – what if Babbage had completed his analytical engine? – and upon this, different futures can be examined. What if coal had not been readily available in England? There is some speculation amongst historians that the Industrial Revolution could only have taken place in England because …I have not finished this part yet - see sources.

The Allure of Steam

Why are people attracted by steam power and steam engines? I think the allure is that you can see how they work – we can have an understanding in a way that we cannot have with, say, a mobile phone. (Arthur C. Clarke once wrote that any sufficiently advanced technology is indistinguishable from magic). This same ability to understand – or to believe that we understand – the workings applies to vinyl records, photographic film, mechanical calculators, vacuum tubes and the basic internal combustion engine (the type with a distributor and points, rather than an Engine Management System). ok… so what am I going to say next?

…not finished Notes to self: Franklyn. Tractionpunk.